The Wonders of Bone Broth In the last couple of years, bone broth has been in the news a lot, touted as the newest and latest culinary and health fad. Food manufacturers have started selling it in co-ops and grocery stores as if it’s a brand new phenomenon. In fact, human beings have been making and consuming bone broth since the discovery of fire.

Just a few generations ago, our grandparents would have used the leftover bones, skin, meat and fat from the family dinner to make rich, flavorful broth, stretching the weekly food budget into healthful and warming soups and stews, long before the availability of salt-ridden, commercially made canned broths and chemically laden cubes of dried broth flavoring composed mainly of MSG. Homemade bone broth is full of powerful nutrition making it a true superfood. Some of the benefits of sipping long-simmered broth are:

Healthy Skin - Collagen is another compound found in abundance in bone broth. One of the many things collagen does is keep the skin supple and firm. Bone broth also contains hyaluronic acid—the same thing found in many expensive skin creams—which promotes healthy skin and cell rejuvenation from the inside.

Relief from Arthritis Pain - Two components of bone broth—glucosamine and chondroitin—are very effective arthritis remedies. These substances help build and maintain the integrity of cartilage, the rubbery substance acting as a cushion between the joints.

Easily Absorbed Minerals and Amino Acids - When bones are simmered for many hours, the minerals and amino acids are liquidated, making them very easy for the body to absorb. Bone broth is very rich in the minerals magnesium, potassium, calcium and phosphorus, as well as the amino acids proline, arginine, glycine and glutamine. The benefits of these minerals and protein promote good health throughout the body.

HOW TO MAKE BONE BROTH

Bone broth is very easy to make. The most difficult thing about it is waiting for it to be finished so that you can drink it. Here is a basic tutorial for chicken bone broth:

Amy Nadeau is a nutritional therapist, personal chef/caterer and educator who has worked in the food industry for more than 30 years. Nutritional therapy is an individualized approach to wellness and disease prevention through a traditional diet based on whole, unprocessed, nutrient-dense foods, proper supplementation and lifestyle changes. Nadeau works with people locally in the Twin Cities metro area as well as virtually. For more information, call 612-239-7525, email [email protected] or visit ChefAmyNutrition.com.

9:00am · Holistic Gateway LLC / Center for the Healing Arts
View All Add Your Event 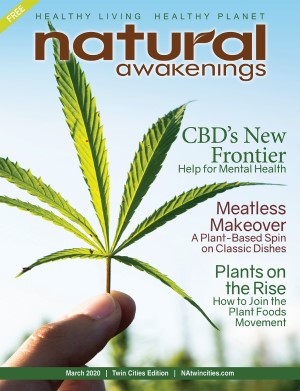